“Cyberspace is the Wild West. There is no consensus over how nations should behave in using cyber weapons,” said Bryan Cunningham, the former CIA officer who heads UC Irvine’s new Cybersecurity Policy and Research Institute.

“There’s no treaty that specifies what cyber activities rise to the level of armed aggression warranting a response. No one knows where the lines are, and that’s a dangerous situation. An adversary could miscalculate, taking an offensive cyber action thinking it’s below the threshold for response. But the victim nation sees it differently, triggering a much larger cyber or kinetic war than intended by the attacker.”

Read the full story at The San Diego Union-Tribune.

Chancellor’s Professor of Computer Science Gene Tsudik was awarded a $407,000 grant from the U.S. Army Research Laboratory’s Army Research Office (ARO) in September 2016 for his project, “Remote Attestation of Critical Infrastructure Components.” The project focuses on mitigation of malware infestations and other attacks on swarms or groups of heterogeneous embedded systems and/or Internet of Thing (IoT) devices.
END_OF_DOCUMENT_TOKEN_TO_BE_REPLACED Bren Chair and Professor of Computer Science Ramesh Jain co-authored a book with former Ph.D. student Vivek Singh titled Situation Recognition Using EventShop. Published in May 2016 by Springer International Publishing, the 140-page book presents a framework for converting multitudes of data streams into actionable insights based on situation recognition by using an open-source, web-based system called EventShop that doesn’t require programming expertise. According to the authors, the book is useful for both practitioners and researchers working in situation-aware computing: “It acts as a primer for data-enthusiasts and information professionals interested in harnessing the value of heterogeneous big data for building diverse situation-based applications. It also can be used as a reference text by researchers working in areas as varied as database design, multimodel concept recognition, and middle-ware and ubiquitous computing to design and develop frameworks that allow users to create their own situation recognition frameworks.” 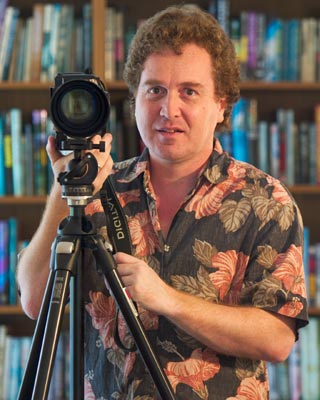 Chancellor’s Professor of Computer Science David Eppstein was awarded two National Science Foundation (NSF) grants totaling $575,881 in support of his research projects “Collaborative Research: Efficient Algorithms for Cycles on Surfaces” and “Sparse Geometric Graph Algorithms.” The grant period for both projects is set to run between August 2016 and July 2019.

Many real-world problems can be modeled by geometric graphs. For instance, road networks may be represented by vertices as intersections or junctions of roads, while the edges represent the segments of road between two consecutive intersections. Eppstein’s research will cover a broad range of topics within computational geometry and graph algorithms. Eppstein is the sole PI for both NSF projects, which will work to solve common real-world problems in graph applications. “Collaborative Research: Efficient Algorithms for Cycles on Surfaces” will focus on developing accurate and efficient methods for simplifying surfaces related to “cut-graph” problems, as well as for other closely related complications. “Sparse Geometric Graph Algorithms” will concentrate on issues related to geometric graphs, such as the large collection of problems from application areas where sparse geometric graphs naturally arise.

A flexible system, allowing lateral induction of technical experts (like Dr Arati Prabhakar), helps US institutes to tap into cutting-edge perspectives. Federal Communications Commission (FCC) in the US has instituted a culture of bringing outside technical experts into their leadership team and the current FCC chief technology officer (CTO) Dr Scott Jordan is a University of California, Irvine Professor (on sabbatical). A good percentage of Silicon Valley start-up founders are faculties (on leave) from universities around Silicon Valley – Stanford, University of California Berkeley etc.

Read the full story at Swarajya.

Understanding geometric imaging can change the way professionals approach the problem of impulsively interpreting the semantic content of individual photos or videos. Fowlkes will research data sets and algorithms to significantly improve the ability of computer vision systems to understand image content. The project involves UC Irvine students in research from a range of traditional disciplines to engage a wider audience in understanding and applying these technologies for new scientific and social purposes.

Computer Science Ph.D. student Mahdi Abbaspour Tehrani has received the Advanced Simulation and Training Fellowship from The Link Foundation. He is the first at UC Irvine to receive the $26,000 annual fellowship, only awarded to a handful of students throughout the country. Tehrani’s fellow recipients hail from Stanford, University of Central Florida and the Rochester Institute of Technology.

END_OF_DOCUMENT_TOKEN_TO_BE_REPLACED The Association for Computing Machinery (ACM), the world’s largest educational and scientific computing society, formally recognized Chancellor’s Professor of Computer Science Michael Franz and Chancellor’s Professor of Informatics Paul Dourish as 2015 ACM Fellows at a special reception and banquet in San Francisco over the weekend of June 11. Franz earned the ACM Fellow rank for his contributions to just-in-time compilation and optimization to compiler techniques for computer security. Dourish was honored as an ACM Fellow for his contributions in social computing and human-computer interaction. For more details about Franz, Dourish and their accomplishment, visit the original fellowship announcement.

Established in 1993, the ACM Fellows Program recognizes its top members for outstanding accomplishments in computing and information technology. Of the 42 ACM Fellows who were named this year from the association’s more than 100,000 members, UCI was one of the few universities with two Fellows recognized for 2015.