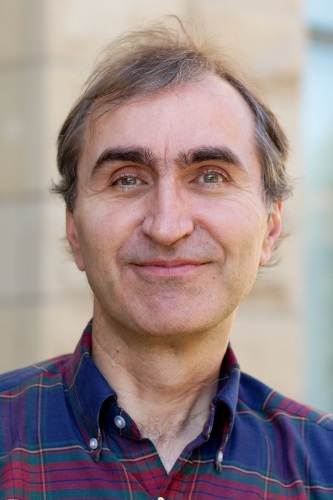 Title: Data Crowdsourcing: Is It For Real?

Abstract: Crowdsourcing refers to performing a task using human workers that solve subproblems that arise in the task. In this talk I will give an overview of crowdsourcing, focusing on how crowdsourcing can help traditional data processing and analysis tasks. I will also give a brief overview of some of the crowdsourcing research we have done at the Stanford University InfoLab.

Bio: Hector Garcia-Molina is the Leonard Bosack and Sandra Lerner Professor in the Departments of Computer Science and Electrical Engineering at Stanford University, Stanford, California. He was the chairman of the Computer Science Department from January 2001 to December 2004. From 1997 to 2001 he was a member the President’s Information Technology Advisory Committee (PITAC). From August 1994 to December 1997 he was the Director of the Computer Systems Laboratory at Stanford. From 1979 to 1991 he was on the faculty of the Computer Science Department at Princeton University, Princeton, New Jersey. His research interests include distributed computing systems, digital libraries and database systems. He received a BS in electrical engineering from the Instituto Tecnologico de Monterrey, Mexico, in 1974. From Stanford University, Stanford, California, he received in 1975 a MS in electrical engineering and a PhD in computer science in 1979. He holds an honorary PhD from ETH Zurich (2007). Garcia-Molina is a Fellow of the Association for Computing Machinery and of the American Academy of Arts and Sciences; is a member of the National Academy of Engineering;
received the 1999 ACM SIGMOD Innovations Award; is a Venture Advisor for Onset Ventures, and is a member of the Board of Directors of Oracle.